In offering early retirement advice, I would caution clients to consider the pros and cons, advantages and disadvantages.  And ponder Prince Hal’s advice to Falstaff in King Henry IV by William Shakespeare.)

‘If all the year were playing holiday, to sport would be as tedious as to work.’

Denis joined the Insurance industry at age 17, just after high school. It was the early sixties and that was potentially a ‘job for life’. He was ambitious and quickly rose through the ranks and by his early thirties he was a senior manager. In his early forties he was promoted to Branch Manager, a position of status and prestige among his peers.

Denis enjoyed the perquisites of office ... the company car, business travel, golf invitations to the championship courses and dining in the finest restaurants.

Perhaps it was Young’s or Erickson’s mid life transition, but somehow around his mid-forties life and work became less satisfying.

He became discontented with life in general and bored with things and people who had once been of great interest.

He found this phase very confusing. However he was not one to question the meaning of life, and didn't want to spend time looking inward.

He wanted to change, do something different.

The insurance industry was changing. Mergers and acquisitions, impact of technology, more regulation, his company was almost unrecognisable from the one he joined in 1959.

He got out his retirement calculator! His pension plan offered a pension of two thirds of final salary at the normal retirement age of 65. At age 50 he would have 33 years service.

The company was looking for volunteers for voluntary early retirement. This was a golden opportunity. He felt he could negotiate a good deal, including an attractive lump sum, more cash than he ever had in his life.

The deal was done and he was free at last! But free to do what? 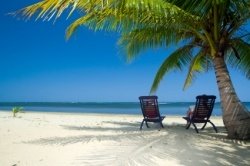 I first met Denis at a talk about Retirement Financial Planning about two months after he had retired. He looked relaxed and tanned after a wonderful holiday in the Caribbean.Best decision I ever made, he said cheerfully, should have done it years ago!

I questioned what he missed about his former life. Nothing! He replied ...Life was never better.

We then talked about his daily routine - what he described to me seemed to involve a fair amount of killing time.

I wake at my usual time, 7am, turn on the radio and lie on until about 8am. I love listening to the traffic report! A truck is broken down on the M50, avoid it if you can.

I have a leisurely breakfast and walk to the shop about 9.30am to collect a newspaper. Then home to listen to the radio ... you would be surprised at how quickly the morning goes. In the afternoon I might go for a walk, a snooze, or go to the movies if the weather is bad. In the evening I might go to the pub for a couple of pints, with no worries about being hung over at work the next day!

I wished him well and hoped this happy state would last. Here was a man accustomed to status and challenge, with a wide circle of business colleagues, and now ... it seemed to me he had made a radical change to his lifestyle. I hoped he had thought beyond retirement financial planning.

Six months after retirement he was back at work in a related industry! Three months later he was gone from that position.

At that stage he came back to me for Retirement Coaching. Now having failed  at his first attempt, his was ready to talk about the retirement transition.

The coaching included the use of the Myers Briggs model of personality to help him understand the impact of transitions and the need to plan for retirement in a way that reflected his interests and preferences.

We saw each other over a 3 month period - and Dennis went on to carve out a whole new "Retirement Career" with a mix of business mentoring, creative hobbies and community involvement!

Can you afford to retire?  Have you paid off your mortgage; is the children’s education complete?

Do you like what you do, the challenge, and the daily interaction with colleagues?

How much of your identity is related to what you do?

Have you other interests that challenge and excite you?

Have you considered the emotional, as well as the financial impact of early retirement?

Did you seek early retirement advice?  What was your experience?