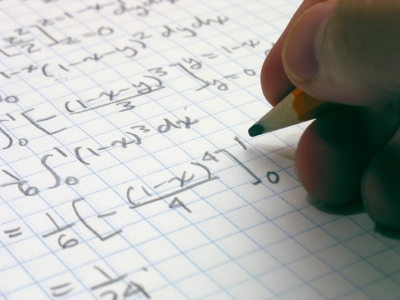 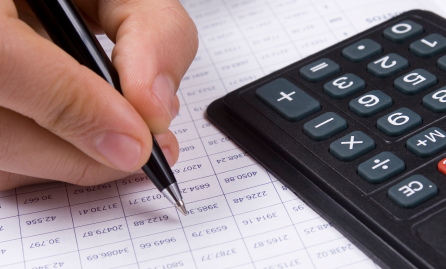 There was an article in The Irish Times newspaper which stated that research had revealed that "40% of us had a problem with maths."

I wrote the following letter to the editor:

The letter got published, was subsequently listed among the sayings of the week, and got broadcast on national radio in an item entitled "It says in the papers."

I've studied statistics at Primary and Masters Degree level and I still cant differentiate between Permutations and Combinations in probability theory. And please dont ask me about Simple (sic) Regression analysis or the Poisson Distribution.

I've read Statistics Made Simple (now theres an oxymoron) and Statistics for Dummies, but I still have occasional nightmares involving Chi-Squares and Partial-Correlation Coefficients.

And for what? To paraphrase my high school maths teacher - "Dont worry Greg; theres no such thing as algebra in the real world!" (Mind you an understanding of Probability Theory could save a lot of money gambled on the Lottery!) Let's ease ourselves into retirement statistics with a few quotes from that source of infinite quotes on every subject - Anon:

Facts are stubborn things, but statistics are more pliable

To a statistician fractions speak louder than words

Statistics prove that you can prove anything with statistics

A statistician is a person who comes to the rescue of figures that cannot lie for themselves.

And then there are "Lies, dammed lies, and statistics" a phrase that disparages statistics, and warns us that some unscrupulous people use them to support a weak argument

But I know you love statistics - how else did you arrive at this page? So here goes with some retirement statistics.

Its impossible to write about retirement statistics without reference to the Baby Boomers. They are that lucky generation born between the ending of the World War II and the coming of the Beatles, 1946-1964, those currently between 49 and 67. Seventy Seven million Americans are in that category.

According to AARP Retirement Statistics /Roper:

A Merrill Lynch survey reported that 76% plan to work in retirement.

A MetLife survey found that 57% of Baby Boomers want a feel-good job in retirement.

Impact on US economy of Americans over 50 - they account for ...


In Ireland, people over 65 make up about 11 per cent of the population, as a group, they have considerably more spending power than the mortgage-ridden or redundant young.

Demographics of aging - as Boomers age:

Attitude on Best Places to retire to (Del Webb survey)

Retirement statistics research show that attitudes have changed considerably. With life expectancy increasing the time horizon for the "Third Age" has lengthened and many people are asking "whats next", and theyre thinking way beyond a life of leisure.

"And I think mandatory retirement age is a relic. I think should be an individual decision and not a social decision." (Dr Richard Suzman National Institute on Aging in the US.)

A new report by the Society of Actuaries in Ireland has recommended raising the retirement age to 75 by 2050 in order to fund future pensions.

I was born in 1947 so were talking about my generation. Boy we had some fun, and were not finished yet! Most people over 55 do not feel old, 80 years of age is old. So, 80 is the new old, and theres a lot of living to be done in the last 30 years.  (Apologies to octogenarians who do not feel old!)

Living Longer in the UK

Over time it’s become clear that we’re all living a lot longer than before. Compared to around four decades ago, the average person can be expected to live for years more. The question is why though. This article look at a number of data sources and experts to figure out what the reason for our increased longevity is.

Backed up with charts and interviews, the article charts many changes in British society that have contributed to this major change. But it also looks at new negative trends that may cause the average life expectancy to decrease. Will we soon see future generations living significantly shorter live than their predecessors?

Want to hear what other people are doing for an Active Retirement?

Subscribe to my monthly email newsletter, "Retirement Stories". Full of new stories and tips on planning for and enjoying an active retirement.