Executive Retirement has some unique challenges.  Executives who have made work their top priority in life, at the expense of family life and personal interests, will have some unique difficulties in the transition to retirement. 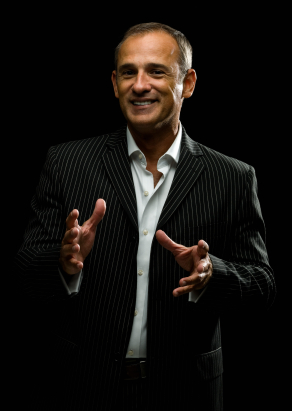 Bill was a successful, confident and opinionated manager.  He was smarter than most, and he knew it!  His admirers saw him as a man of action, who was comfortable taking responsibility and very sure of his own ideas.

When I met Bill he was in his early fifties and had finally achieved his ambition to be the CEO.  We didn’t have a formal coaching relationship, but I was interested to know how he was managing the transition from Operations Manager to Chief Executive.

In his new role, people management was a key responsibility.  He had risen to the top through his ability to get results managing projects and processes.  I was concerned, on his behalf, that some of his strengths could become weaknesses in his new position.

Bill was a poor listener, and because he was so sure of himself, he was often impatient and critical of other’s ideas.

He was slow to admit mistakes and under pressure to get results, he could be intimidating and domineering in his conduct of meetings.

With his focus on results, he was unaware of the impact of his style on people.  He was unemotional in his decision making.  He was firm and consistent and believed that logical analysis, focusing on the task, was the best way to make decisions.

A former colleague told me of a downsizing project that Bill had managed before he got promoted.  He had to reduce the workforce from 200 to 125.  His boss was happy with the outcome.  However some of his colleagues, and many of the survivors, resented the way he did it.  They said he showed no emotion, and it seemed he had little regard for their feelings and personal values.

“Bill’s a good manager, and probably a good guy, but I would hate to work for him.  I find him challenging and often frustrating”, a former colleague confided.

Managers like Bill are natural leaders and the majority of senior executives will display many of his characteristics. 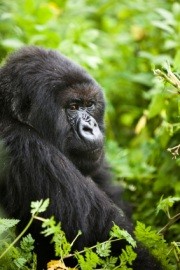 In studies of social animals the leader is sometimes described as the Alpha.  Male or female animals may be Alphas, though they are more generally male. Other animals in the same social group may exhibit deference towards the alpha. If we take bands of gorillas as an example, any challenge to the alpha silverback – either directly or indirectly – is regarded as an unacceptable threat, to be dealt with decisively and savagely.

Alpha Executives like Bill, who have made work their top priority in life, will have some unique difficulties in the transition to retirement.

They can find it hard to surrender their control over other people and may be reluctant to engage in succession planning-after all, nobody can do the job as well as they can!

They may have had little time to develop relationships outside of work, and view hobbies such as golf as a waste of time.

At work coercive power, based on fear and punishment, and position power, were important elements of Bill’s influence upon others.

In retirement, personal traits that would enable him to relate to others, such as empathy, interpersonal relationships and social responsibility, would be crucial.

The question of executive retirement wasn’t on Bill’s horizon, though he did hope to make enough money to have the option to retire at 60.

If I were coaching Bill, I would urge him to begin retirement planning right away.  I believe that his personality and leadership style required that he begin planning at least five years before the transition to retirement.

I would also offer him the following quotation, not that I would expect him to act on it!

A leader is best

When people barely know he exists.

Not so good when people obey and acclaim him.

Worse when they despise him.

They fail to honour you.”

But of a good leader, who talks little,

When his work is done, his aim fulfilled,

They will say, “We did it ourselves.”