Find jobs for seniors that suit your personality

The best jobs for seniors suit your personality and may be in a different field from your original career. One of the joys of a retirement job is that not only does it help pay the bills, but also brings fulfillment. 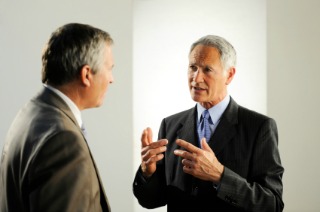 In my retirement coaching practice I worked with a client - Joe - who told me he had spent his entire career at a job he didn’t really like. At first I was surprised by this revelation, but as we talked I began to understand how this could happen. Further research informed me that a many people are unhappy with their jobs because they are incompatible with their personalities.

Joe’s career choice was strongly influenced by his parents; his father had a similar role. His excellent High School exam results qualified him for a prestigious university course. The earning potential was excellent in a high-status profession.

Aided by his father’s contacts, and with coaching on interview techniques, Joe was admitted to the profession.

I wasn’t myself at the interview, I wasn’t authentic. I was playing a role to get a job that I would not fill in a way that was satisfactory to me or my employer. Putting on this mask lead to a career that was unsatisfying, often stressful and ineffective. Unfortunately, career coaching and psychometric testing was not common at that time and in consequence I spent a lot of my career feeling like a square peg on a round hole.

(I’m a qualified administrator of the EQ-I Emotional Intelligence Assessment, the Myers-Briggs Type Indicator, and the 16PF Personality instrument.)

One of my responsibilities was negotiating long-term contracts with key accounts. I found the adversarial nature of these discussions very stressful. I sometimes wondered if a particular buyer talked to his spouses, or his friends at the pub in such antagonistic tones! Or was he, like me, playing a role at work that was very different to his home and social life. Sometimes I suspected there was a fun-loving personality behind that serious guy!

Joe’s story reminds me of two quotations from my schooldays:

The first is the phrase Know Thyself which is said to have been inscribed on the entry porch of Apollo’s temple at Delphi.

And secondly, Polonius advice to his son Laertes, in Shakespeare’s Hamlet:

This above all: to thine own self be true, And it must follow, as the night the day, Thou canst not then be false to any man.

Best Retirement Jobs for you

I remember attending a class reunion in my mid-forties and been surprised at how many former classmates nominated a different career to the one they were pursuing as their ideal career.

The great thing about being young is that if you had the chance to do it all again, you could! In retirement you are not so young anymore but you do have the freedom to do something you would love to do, really want to do. It is really worthwhile taking your personality into account - your real preferences - when considering jobs for seniors

Best jobs for seniors take account of your personality, and most people working after retirement age don’t stay on in their current jobs, according to Boston College’s Sloan Centre on Aging & Work

Subscribe to my monthly email newsletter, "Retirement Stories". It has stories and tips on planning for and enjoying an active retirement.