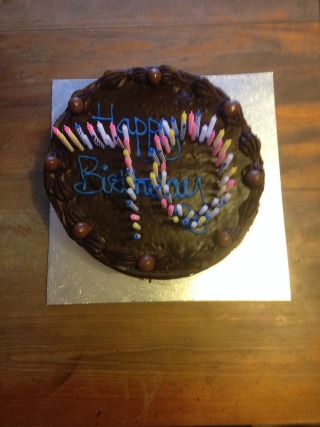 As I begin my seventh decade I reflect on the issues faced by retirement and ageing, and discuss the best way to deal with the long-term retirement challenges that affect seniors.

January 26th 2017 was my 70th birthday, and the tenth anniversary of my retirement.

My father died at 58, and two close friends didn’t reach 60.  So it’s a gift and a blessing to have attained ‘three score and ten’.  And I’m not finished yet, God willing!

Retirees today, unlike previous generation, can hope to live to 80, and beyond.

·         What’s my life’s purpose, what am I being called to do with this gift of extra years, not given to earlier generations?

The paradox of time:  In what is sometimes called the Third Age, you may experience a growing awareness of time running out, and yet in the absence of work, or a purpose, there will be days when you feel you have too much time.

Health concerns are a source of anxiety for many as they enter their seventh decade.

·         In my mid sixties I felt fitter than in my fifties; in recent years I’ve begun to feel some of the inevitable consequences of ageing.

·         I experience occasional bouts of restlessness, boredom, and ennui.

·         Deaths of relatives, friends, and contemporaries are a reminder of mortality.

·         There are increasing discussions among peers about whose ill, what medication they’re on, who’s going for tests, surgery etc.

·         You worry about aches and pains you hadn’t noticed before; you visit your doctor, hoping it’s nothing too serious. Because you are fit and active, and youthful in outlook, you don’t consider it just might be ageing.

·         In the last ten years I’ve had MRI’s revealing ‘wear and tear’, blood tests, Cancer, Prostrate, and Heart screening.  All reminders that even though ‘70 can be the new 50’, age has consequences.

·         As we age, healing becomes more difficult and bone density starts to diminish. Muscle mass also decreases. The centres of the brain that produce deep sleep, essential for learning and memory, deteriorate as we age. Back and neck problems afflict us because we don’t breathe properly, particularly under stress. The good news is that these elderly health problems can be alleviated by physical exercise. 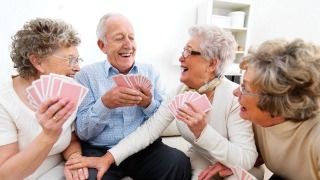 I’ve long lost contact with most work related friends, no surprise, yet regrettable

Over the years, friendships ebb and flow. “You don’t have the energy, or the incentive, to start replacing people as you get older. Once you get to 70, when friends start to die off... You don’t have opportunities to make new friends. So your world starts to shrink.”  This is a particular challenge for introverts.

In fact happily that has not been my experience due to my hobbies, travel, study and personal development courses.

My activities have widened my circle of acquaintances.  In retirement I’ve take on the role of Rotary President, Golf society president, I joined a church choir, participated in Monkstown Golf Club variety show, and I have more golf partners than in my working years, because I have more time to play.  I belong to several trekking groups.

Lifelong learning and personal development continued throughout my sixties, and this introduced me to many different ‘tribes’ and novel activities.

The first ten years of my retirement have been active and fulfilling, and have brought me much happiness.

I have the following thoughts about the next ten...

Some of the physical effects of aging dispute this cliché- wrinkles, gray hair, balding, dental problems, and the need for stronger prescription glasses.

Collecting the state pension and bus pass at 65, and when your driving licence automatically expires at 70, you are reminded that you are embarking on a significant transition.

It is possible to fit and active after the age of 65. You’ve heard of an 105 year old yoga practitioners, people in their eighties running marathons, mountain climbers in their seventies on Everest...inspirational stuff, yet it must be acknowledged that such people are ‘Outliers’. Their abilities and achievements set them apart from their peer group. 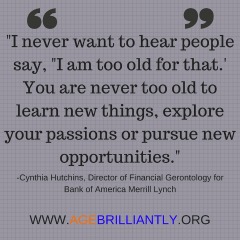 Daniel J. Levinson (1920-1994), a Yale psychologist, was one of the founders of the field of positive adult development. His ‘Seasons of Life’ theory suggested that that development and growth can happen well into the adult years.   And although his research was conducted many decades ago it is still a relevant model of the stages of adult development.

His final life stage, ‘Sixties to Death’, raises issues and concerns that older adults will inevitably face.  Positive psychology does not deny this reality.

Here are some of the issues and challenges which, according to Levinson, are common to this life stage.

·         Coping with retirement and accepting the fact that reduced roles and status is a reflection of one’s capacities and motivation.

·         Increased introversion and reduced communication with outside world

·         Coping with declining health, and the necessary changes to lifestyle

·         Adjusting to dependence on others such as children, friends and institutions

And one I would add:

·         Finding a way, in this increasingly secular and materialistic world, to merge my quest for spirituality with my traditional Catholic beliefs and values. 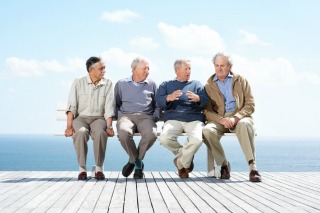 Today Levinson’s final life stage ‘The sixties to Death’ is more positively described as the Third Act, and may be subdivided into three stages based on average health and life expectancy.

Given health, energy and a young at heart outlook, the sixties and early seventies can be a time to live the life you’ve waited for, enjoying active retirement, and fulfilling your dreams of travel and adventure, doing novel things, putting more variety into your life, and continuing your growth and development.

The seventies and later is a period of relative stability, but burdened with occasional concerns about running out of time.  It’s an occasion to look back with gratitude on all your life’s joys and achievements.  This is a time of mellowing and appreciating spouse, children, grand children and friends.  ‘Evening time, to share a fire with a friend or two, and let time go lightly.’

The last life stage, as described by Shakespeare’s ‘Melancholy’ Jacques, in As You Like It, Seven Ages of Man
‘Is second childishness and mere oblivion,
Sans teeth, sans eyes, sans taste, sans everything.’

Faced with imminent death, the final act is to die gracefully and in peace with oneself.

I’ll leave the last words to Horace the Roman Poet:

‘You have played enough; you have eaten and drunk enough. Now it is time for you to depart.’

The Best Part of Life

‘Now, Mrs Benn, you must take good care of yourself.  Many say retirement is the best part of life for a married couple.  You must do all you can to make these years happy for yourself and your husband.’

‘Don’t keep looking back all the time; you’re bound to get depressed.  And alright, you can’t do your job as well as you used to.  But it’s the same for all of us, see?  We’ve got to put our feet up at some point.  Look at me.  Been happy as a lark since the day I retired. Alright, so neither of us are exactly in our first flush of youth, but you’ve got to keep looking forward. You’ve got to enjoy yourself.  The evening’s the best part of the day. You’ve done your days work.  Now you can put your feet up and enjoy it.  That’s how I look at it.  Ask anybody, they’ll all tell you.  The evening’s the best part of the day.’

The Remains of the Day Kazuo Ishiguro