Managing the Transition to Retirement

The transition to Retirement is a life-changing process of adjustment to new challenges and opportunities.

We experience many changes and cross many thresholds in life. We leave school, leave home, change jobs, get married, parents die, and we transition to retirement ... in all those cases we are faced with the need to give up one way of life and begin another ...

‘To acknowledge and cross a new threshold is always a challenge.  It demands courage and also a sense of trust in whatever is emerging.  You stand on completely new ground and a new course of life has to be embraced....No transition need be a threat, but rather an invitation and a promise.’

The following story, from my schooldays, echo’s retirement sentiments.

We were three best friends cycling from Killarney to Coolea on the last day of our school holiday in the West Cork Gaeltacht.

We were the Rock & Roll Kids, that lucky generation born between the ending of the War and the coming of the Beatles.

That journey lives on in my memory as a metaphor for life’s hopes and partings, challenges and transitions.

Parents and mentors were far away. Poised on the rim of life, we were omniscient! We were young and free during that summer of’64 a summer we thought would never end.

The way we were 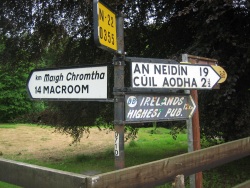 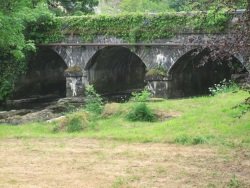 We were speeding downhill together towards the village of Ballyvourney, sometimes coasting, sometimes peddling recklessly. Mullachanish towered over us, where legend has it Diarmaid and Grainne took refuge from an angry Fionn MacCumhail. The wind cooled my sunburnt face.

We swung right at the Mills Bridge, Droighead an Mhuileann crossing the gurgling Sullane River. The sign said Coolea 2 ½ miles. We were almost there.

We felt privileged to be spending some part of our young lives in the countryside, to witness a way of life that even then was rapidly changing. I remember the excitement of first seeing rabbits and foxes and one evening a badger!

We saw churns topped with warm frothy milk, blacksmiths hammering on the anvil and the thatcher weaving wonders with hazel, willow and straw Ni he la na gaoithe la na scolb (the windy day is not the day for fastening the thatch).

We saw the turf cutter neatly slicing soggy peat’A man cleaning the clay from the thread of a spade, in the subtle quiet of the sultry days, melodious the sound’.

We were cycling more slowly now, lost in our own thoughts. Da bhinn an beal a labhair riamh, is binne ina thost annseo (The sweetest voice that ever spoke is sweeter silent here). My senses became aware of the stillness of the evening, the scents and sights of the countryside wild woodbine, nettles, ferns, buttercups and cow parsley; the sound my own breathing, quieter now, I felt my tired limbs, the beating of my heart.

Most of all the rhythm of the three bicycles whirring in harmony, merged into one sound.

Though nothing was being said and young as I was, I knew that this moment was special. I’m sure my friends must have felt it too.

We were in this enchanted place, on the last night of our last summer together. I wanted this feeling to last because beneath our youthful swagger, we were not omniscient. We felt vulnerable to life’s vicissitudes. Would we be good enough?

Brother Vincent had told us about The Tailor and Ansty, two of the great characters of modern Irish life. They were buried in nearby Gougane Barra, in the townland of Garranapeaka. The Tailors advice was appropriate  Glac bog an saol, agus glacfaidh on saol bog tu. (Take it easy and the world will take you easy).

The sign said  De bhur mbeatha go Cuil AodhaWelcome to Coolea, but through the spirit of our ancestors, like so many Irish phrases, it said more than that. The words Tog Bog e, take it easy, came to mind. I was back-pedalling now. I wanted these moments to last a little longer. I was looking forward to a cool glass of fresh creamy milk and crunchy soda bread from Maureen Mac an tSaoi; bean an ti. I hoped little Mairead and Billy would still be awake; I mightn’t see them again. 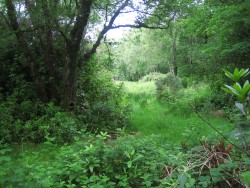 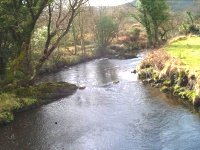 Tomorrow there would be no room for sentiment as we boarded our separate buses for home. We were ready now to fulfil our destiny. We had so much to look forward to, the thoughts of the young men long, long thoughts. But couldn’t we be boys for just one more night? I wanted to say something but suddenly Sean burst into song as if deliberately to break the tensionOro se do bheatha abhaileOh, you are welcome home!

And then we were slowly, wearily pushing our bicycles up the steep hill towards the white-washed bungalow that had been our home for four weeks. The other bicycles parked outside the house informed us that some boys had already gathered from neighbouring houses for one last night of mighty craic!

I looked at my companions, I wanted to say, watch carefully boys, savour these moments for this is a scene you’ll run over in your mind in the years to come  three happy school friends, together on their last night in Coolea.

I wished that holiday didn't have to end!

Would you agree that this story has some resonance with retirement sentiments, and the transition to retirement?

This story can also be found at "Aistrithe" translated into Irish.

I hope you enjoyed this story. Please share your Retirement Stories and Anecdotes!

Subscribe to my monthly email newsletter, "Retirement Stories" for stories and tips on planning and enjoying an active retirement.